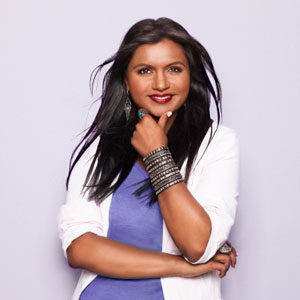 Did you catch the December 4th episode of The Mindy Project? Because it was all about midwifery and it didn’t portray the profession in a positive light. At all. I’m so disappointed with what I just watched and I’m not the only one who found the episode needlessly nasty.

In the episode, a “holistic midwifery practice” is “stealing” patients from Mindy and her partners’ OBGYN practice. I don’t know why I’m surprised; it’s not like I’d expect a show about obstetricians to be, well, enthusiastic about midwifery.

But the competition between the “holistic midwifery practice” and Mindy’s office was the central conflict of the episode. Obviously I’m a biased audience, but I didn’t find the two male midwives funny or true to life in the least. And why did they have to be male? It’s just like that old, outdated OMG TOO WEIRD A MALE NURSE!!! stereotype. Although strangely, the fact that the two midwives were both male wasn’t explicitly mentioned in the episode. Was the maleness just part of the way the show tried to portray midwifery as strange? I can’t quite figure it out (And p.s. male midwives, although they do exist, are not common. There’s one registered male midwife in Canada, for example.)

The people in the practice, including Mindy, her two male colleagues and two females who work in the office, try again and again to discredit the midwives, who are brothers (one of whom Mindy is strangely attracted to? Weird.) Mindy storms upstairs to the midwifery office to make a speech in favor of medicalized childbirth, saying something along the lines of “If you’re 22, your baby is going to slide right out of you! But what about if you’re obese, or have diabetes, or older? Who will take care of you then? We will.” Meaning, herself and the other two doctors in her practice. Not a terrible point (an obstetrician might well be a better choice of care provider for a woman who has risk factors during her pregnancy), but the show’s portrayal of midwives and midwifery was so off-base as to be offensive. Hey, Mindy Project writers? Midwives actually go through considerable vigorous training on their path to midwifery. They are not “quacks.”

I’m resentful of the “us vs them” mentality in the speech and in the episode, a mentality that I kind of doubt most obstetricians or midwives would want to participate in themselves. Portraying midwives and doctors as being on opposite ends of the birthing spectrum is dangerous and often times, downright wrong.

I guess the show was trying to skewer the trendiness of midwifery and natural birth practices (and the kind of white upper class circles that they’re popular in). I get that. But I don’t think the episode succeeded in being either satirical or humorous. I like the show, generally; some of the jokes are funny and I think Mindy really captures that smart-yet-ditzy-I-totally-don’t-have-it-together-OMG-I-love-wine-but-I’m-also-really-smart! segment of modern womanhood that hits home for some (privileged) women of my generation. But this episode is a step backwards for the show’s portrayal of women and women-centered healthcare, for sure.

I don’t necessarily expect a sitcom to be factual or multifaceted, but the drawbacks of this particular episode could be far-reaching.  Delivering a baby with a midwife is not for every woman, but it should be an option that a woman is able to consider. When the mainstream media produces entertainment that demeans midwives and makes them look like total pseudo-professionals, they’re doing a disservice to American women overall.